The teeming crowd of journalists at the Lagos Airport Hotel were not kept waiting for too long. It was just a couple of minutes past the scheduled time, when multiple award winning music icon, Chief Sunday Adegeye, better known as King Sunny Ade or KSA walked into the meeting room.

Apparently, surprised at the large turnout, he moved quickly into the space separating the seated journalists – who were standing by this time – to shake their hands. Formalities done, he took his reserved seat with his publicist, Clement Ige by his side. 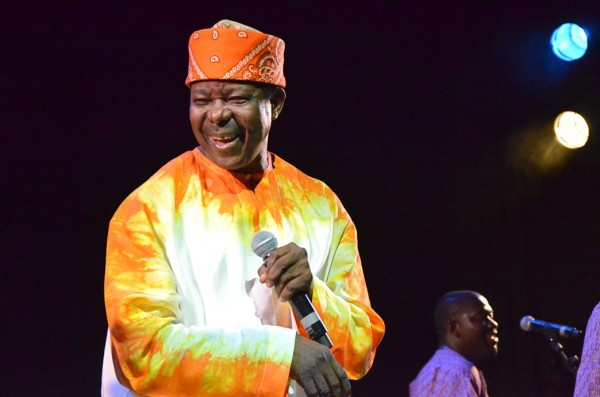 KSA, who had recently returned from a two-month tour of the United States of America where he performed in 36 states, began the interaction by thanking the Nigerian media for preparing the ground for the warm reception that he was accorded abroad.

He said his birthday celebration will be different from previous years. Whereas he was used to a one-week festivity, which normally began on the day he was born, September 22 till the end of that week, this time he announced that the merriment was kick-started on September 1 when the General Overseer of the Redeemed Christian Church of God (RCCG), Pastor Enoch Adeboye hosted a special session of prayers for him.

Laughing and cracking jokes throughout the session with the media, he joked that it was the first time he would witness a birthday fete that began long before the actual date. September 21 has been set aside as Gospel Music Night. The assembly will continue until the clock strikes midnight, leading into D-Day. A mid-morning gathering of his patrons and matrons on September 22 at his private chapel in his Igba, Ondo East country home will dove-tail into an exclusive family party hosted by his children and grand-children. He said his fans should expect two or three albums from him to celebrate his attainment of becoming a septuagenarian.

The next day will see KSA on a tour of duty to different charities in Ondo including the prisons, orphanages and old peoples’ homes. September 24 is set aside for festivities with members of his extended family. On September 27 which is World Tourism Day, there will be a lecture at the Obafemi Awolowo University, Ile-Ife in honour of KSA. The jubilation train moves to the palace of the Ooni of Ife where KSA will be in company of royalty and other eminent persons.

Debunking the notion that he might have had a crush on Onyeka Onwenu when they collaborated on the song, ‘Wait for Me’ sponsored by John Hopkins Institute of the USA to promote safe sex, he said it was a successful gimmick deployed to draw attention to the message. KSA who was known to be in liaison with many women before he took his spirituality seriously said emphatically that there was no chance of him taking another wife.

“You need to see my grandchildren. I often refuse to go out with some of them as many people view them as my young wives. Marrying a new wife is not on my agenda at all”, he explained. A major feature of the celebration of KSA who is one of the two Nigerians (the other is Femi Kuti) nominated for the Grammy is a concert in South Africa on October 8 and 9. Another international concert in Nigeria showcasing world renowned artistes is in the pipeline.

Three different books on the life and times of KSA are scheduled for launch. The first of books will be presented to the public on October 27 at Ibadan. On the same day and in the same city, there will be a concert organised by Walex International. On the bandstand will be KSA with other musicians whose music cut across a variety of styles.
A past president of the Performing Musicians Employers Association of Nigeria (PMAN), multi-levels of concerts have been lined up by the different strata of the organisation at the level of Ondo State, the western zone of PMAN and the national PMAN to celebrate KSA. The Chairman of the Western Zone of PMAN and notable juju musician who is also a past president of PMAN and a long-standing friend of KSA, Chief Dele Abiodun was at the press conference.

This is in addition to various parties planned by some of the 79 social clubs in Nigeria and abroad to which the King of Juju Music belongs. Some of the notable ones which he readily mentioned include the Island Club, Lagos Country Club, Ikeja Club and Ibadan Tennis Club. Another unprecedented novelty is the plan to have a group of 70 children, drumming, dancing, singing and playing on various other musical instruments in celebration of KSA. 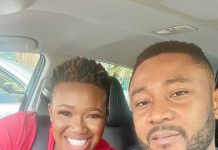