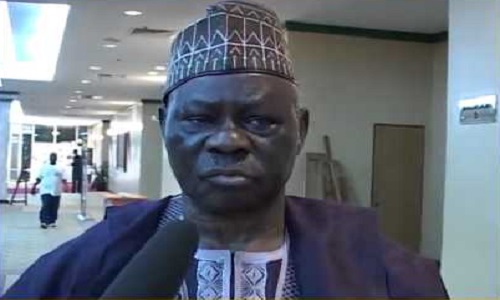 A former National Chairman of the Peoples Democratic Party, PDP, Dr. Ahmadu Ali, has said that as far as governance is concerned, former President Olusegun Obasanjo is the greatest Nigerian alive.

Ali, who was Minister of Education during Obasanjo’s first stint as military ruler, was PDP chairman between 2005 and 2007.

Speaking when a national daily sought his reaction on the former president’s recent criticism of the PDP and All Progressives Congress, APC, Mr. Ali said Obasanjo “is no more interested in partisan politics, he is a 100% statesman and that is why he is chastising both APC and PDP”.

It would be recalled that shortly after a factional National Chairman of the PDP, Ali Modu Sheriff, paid Obasanjo a visit

at his Abeokuta residence in Ogun State over a week ago, the former president had told the media that: “For our democracy to thrive we need strong political party in government and strong political party in opposition. Today, PDP cannot claim to be a strong party in opposition, I don’t know if APC can claim, at the national level, to be a strong party in government either. Now that is part of the misfortune of this country today.

In his reaction to the comments credited to the former president, Ali, who was the Director-General of the Goodluck Jonathan Presidential Campaign in 2015, said: “That man (Obasanjo) is the greatest Nigerian alive today when it comes to the governance of Nigeria and one has to be very careful if you want to analyze his statements because some of them are heavily loaded and you don’t know and you are seeing so much that his statement weighs a lot both nationally and internationally”.

The former PDP national chairman also stated that the comments credited to Chief Obasanjo “is the fact”.