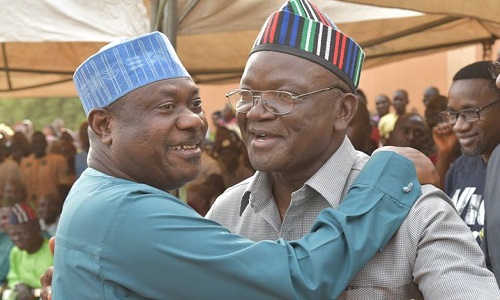 A former Governor of Benue State, George Akume, has called on the people of the state to continue to pray and support the administration of Governor Samuel Ortom to succeed.

Akume, who is the senator representing Benue North-West on the platform of the All Progressives Congress (APC), made the call at the weekend at the burial of Mama Sarah Dzeramo, mother of Baver Dzeramo, former lawmaker representing Tarka, who is also deceased.

The former governor commended Mr. Ortom for keeping faith with the people through judicious use of scare resources and transparency in governance.

Earlier, Gov. Ortom described the deceased as a courageous woman, who raised her children in the fear of the Lord.

He also promised the people that the Wannune Tomato Processing Company will begin production before the year 2016 runs out.

The governor noted that the massive turn out at the burial was a testimony that the late Baver was a man of the people in his lifetime.