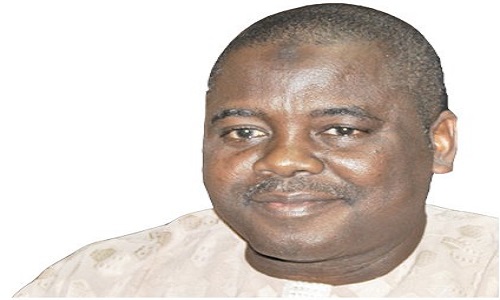 An FCT High Court sitting in Maitama, Abuja has fixed November 2 for definite hearing in the trial of AVM Alkali Mamu, a former Air Officer Training Command of the Nigerian Air Force.

Mamu, who was also a member of the Committee for Procurement in the Ministry of Defence, was first arraigned on a three-count charge of bribery by the Independent Corrupt Practices Commission (ICPC) on June 21.

The ICPC had alleged that Mamu collected a cash gift N5.9 million for the purchase of a Range Rover Evoque and also $300, 000 about N147 million.

These allegations contravened Sections 17 (a) of the Independent Corrupt Practices and Other Related Offences Act, 2000.

On July 1, he was admitted on bail in the sum of N50 million, with a surety in the like sum, who must have property within Abuja.

At the resumed hearing on Friday, the prosecuting counsel, Mr. Slyvanius Tahir, informed the court that the prosecution could not commence the trial because Mr. Cosmos Ugwu, the counsel handling the matter, was transferred to the Ibadan office.

Tahir informed the court that he just got the case file, and applied for an adjournment to enable him study the case file for the commencement of the trial.

Counsel for the Defendant, Joesph Daudu, did not oppose the application, adding that Tahir had approached him professionally and he understood his predicaments.

The defence counsel, however, informed the court that they were ready for the trial.

Justice Salisu Garba, who adjourned the case for definite hearing, advised the prosecution to be ready for the commencement of the trial at the next adjourned date.