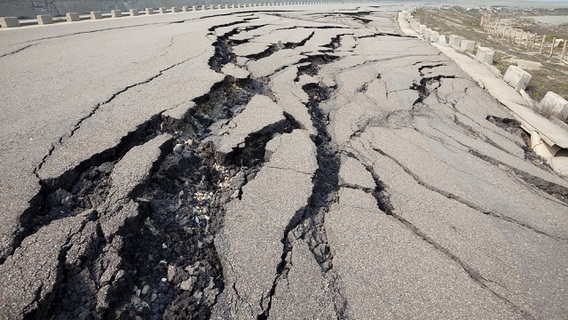 According to reports, the strange vibration of the earth and deafening sounds were experienced in Kwoi town from Sunday morning till about 2pm.

A Kaduna based International Radio Reporter, Suleiman Yakubu who just traveled to Kwoi on ‘Sallah’ break said that the incident has forced people out of their homes.

“Though people have not started fleeing the community, but as I talk to you, there is tension. Everyone is standing outside as the earth is vibrating under their feet. It started since morning and if it continues like this till evening, people will have no choice than to leave the town to safer places,” Yakubu said.

Another eyewitness, Hon Badugu Nehemiah said, “since morning, many people in our villages have been running up and down, because both buildings and the ground have been shaking.

Many churches had to cut short their Sunday service programmes because of the earthquake threat. As I am speaking with you, the ground is still shaking”.

Meanwhile, the state Governor, Malam Nasir Ahmad El-Rufai has appealed for calm, saying he had already alerted appropriate authorities to investigate the incident.

The Governor according to a statement by his Special Assistant on Media and Publicity, Samuel Aruwan said, has made a formal report to the appropriate authorities to investigate the development, report precisely on the event and issue appropriate guidance.

“The Governor, Mallam Nasir Ahmad El-Rufai, has confirmed that the geological and emergency agencies have been notified.

“The governor sympathizes with the people in the Kwoi area over the reported earth tremors. He has directed the State Emergency management Agency (SEMA) to mobilise to the area and comfort our citizens.

“The national geological agency has also been notified, and has been invited to investigate the tremors in the Kwoi area and provide appropriate guidance.

“The Kaduna State Government is receiving updates from the area. Relevant government agencies have been directed to take steps to comfort the residents of Kwoi area and to assuage their unease as they come to terms with an unusual event.

“The Kaduna State Government wishes to appeal for calm, and urges everyone not to spread unverified information, or create panic,” the statement reads.