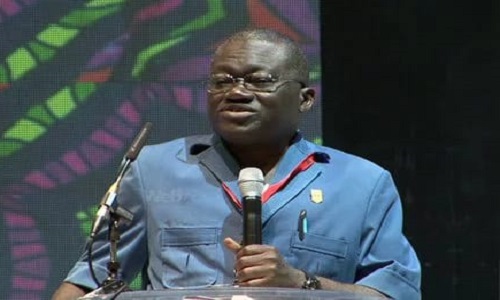 Aremu, who is General Secretary of the National Union of Textile Garment Workers of Nigeria (NUTGTWN), made the assertion in a statement issued in Kaduna on Sunday.

The former NLC vice president opined that Nigeria may not come out of the recession unless something is done about the existing miserable pay of workers and pensioners.

His statement read: “Organised labour calls for prompt payment of the existing salaries by states and local governments and urgent wage increase in both the private and public sectors.

“Link with productivity improvement is the smartest and quickest ways to stimulate the nation’s economy.

“Recent CBN report on the economy and to a large extent, the latest report of National Bureau of Statistics observes that weak demand for goods is one factor responsible for low capacity utilisation of many private sector companies.

“So to overcome the economic crisis, workers whose wages buy basic goods and services must not only be paid on time but their wages must be increased.

“To this extent President Muhammadu Buhari must urgently constitute the tripartite committee on the review of the current national minimum wage”.

According to Aremu, Nigerian workers had long been in depression before the present recession because of the crisis of compensation manifesting in salary arrears.

He said that the collapse of wages caused by massive naira devaluation and price inflation of close to 20 per cent, needed to be redressed.

“Then we had stable strong exchange rate and lower inflation. In real terms, workers in 1981 earned more than the current N18, 000.00 minimum wage”, he said.

“With naira devaluation, it has unacceptably fallen to less than 45 dollars in 2016, a quarter of its nominal value in 2016 and less than 1 per cent of its value in 1981 about 40 years ago worsening income poverty.

“For Nigerian economy to recover, there must be massive public spending in reconstruction and significantly mass spending by working people through improved wages”, Aremu said.