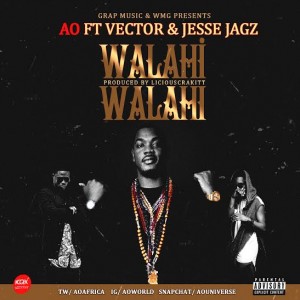 G.R.A.P music newest act AO{Arinze Oruchi} follows up on his Mahinary freestyle with a new jam he calls, “Walahi Walahi”, on this one he features label mate, Vector and Jagz Nations Jesse Jagz. This organically blended trap record was produced by heavily sought after producer Liciouscrackitt. There is a lot of refreshing experimentation on this record, most noticeable the relaxed baritone voice singing in the chorus.