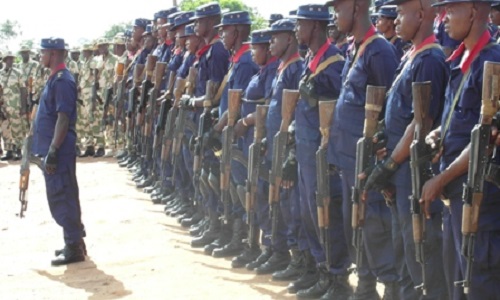 The Nigerian Army has given special training to about 400 officers of the Nigeria Security and Civil Defence Corps (NSCDC) on how to handle various types of weapons.

The Brigade’s Chief of Staff, Colonel Ola Falade, who represented the Commandant at the passing out parade on Wednesday said the NSCDC needs to be given more roles especially in the area of internal security.

He said the corps were trained in weapons handling and expressed the confidence that they could now handle the weapons professionally.

Colonel Falade noted that the NSCDC could complement in tackling insecurity, saying they could take over most of the internal security operations while the military would focus on more serious challenges.

In his remarks, the Kwara State Commandant of NSCDC, Awili Pedro, said the training would be a continuous process for the officers of the NSCDC.