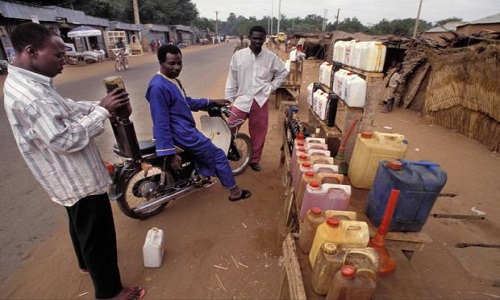 The availability of Premium Motor Spirit (PMS) popularly called petrol, in most filling stations across Kano State, has forced majority of black market dealers out of business, a survey by the News Agency of Nigeria (NAN) reveals.

The survey, conducted in Kano and other major towns in the state, showed that most filling stations had the product in stock.

Following this development, several filling stations had reduced the official pump price of petrol from N145 per litre to between N143 and N140 per litre.

Motorists and other commercial vehicle operators, who usually patronise the black marketers, have since stopped, preferring to buy the product at filling stations.

A four-litre gallon of petrol costs between N560 and N570 at filling stations while the same quantity cost between N750 and N800 at the black market.

Hassan Sani, who sells petrol in the black market and operates along the popular Audu Bako Way, told NAN that he would soon switch to another business.

He said before the new price regime, he used to sell up to 75 litres of petrol every day.

“But with the availability of the product now, I can hardly sell one (25 litre) jerry can”, he said.

Abdul, another black market operator who operates near Pyramid Radio along Audu Bako Way, said he had abandoned the sale of petrol and taken to vulcanizing to survive and cater for him family. (NAN)