THE Niger Delta Avengers, NDA has given reasons for the deaths of personnel of the Nigeria Army who lost their lives in the “Operation Crocodile Smile” in parts of the Niger Delta region. The group also accused the army of harassing old men, women and innocent youths in the region under the guise of hunting for militants.

NDA in series of picture tweets by its spokesperson, Mudoch Agbinibo on its twitter handle @AgbiniboND while ridiculing the Nigeria Army said: “The High Command of the Niger delta Avengers present to you the soldiers of the “Operation Crocodile Smile” “They ‘r scared to death because they can’t swim so they drown all the time. Federal Government is just killing innocent Nigeria Soldiers.” 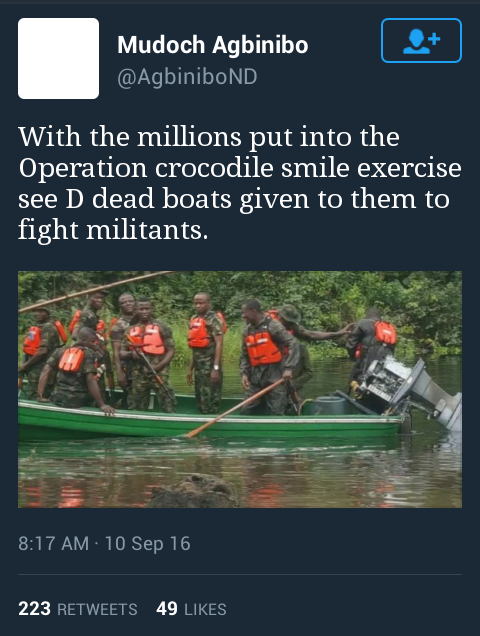 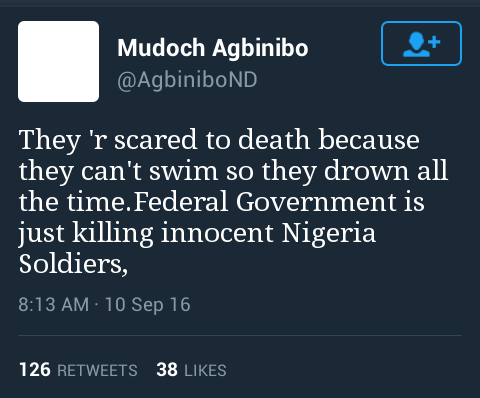 In another picture tweet showing four armed soldiers with a paddler in a wooden boat, the group said: “With the millions put into the Operation crocodile smile exercise, see the dead boats given to them to fight militants. “The only thing the soldiers are good at is harassment of old men, women and innocent youths of the Niger Delta.” 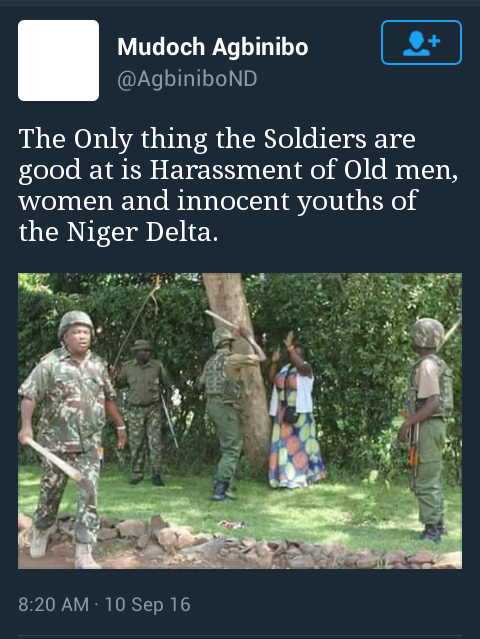