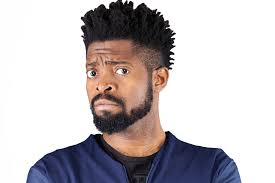 According to Ugandan comedian Patrick Idringi Salvado, Basketmouth is a guest at the comedy show.

This week’s edition will be hosted by Salvado. Other comedians like teacher Mpamire and Mzee Kamada will also thrill fans at the same venue.