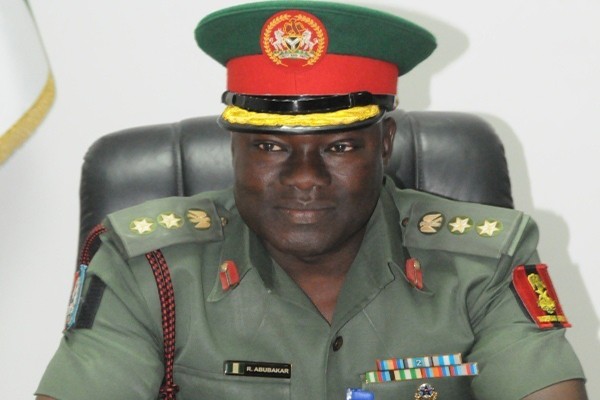 The Defence Headquarters has described as “dream of the century”, the threat by Boko Haram Terrorists to capture and kill President Muhammadu Buhari.

The Terrorist group made the threat in a new video it released yesterday showing thousands of its members at three different locations during the Sallah celebrations.

In the 12-minute, 58-second clip, the sect vowed that no amount of threat from President Buhari and the Chief of Army Staff (COAS), Lt.-Gen. Tukur Buratai, could cow them.

The video posted on YouTube, showed a man identified as the assistant to Boko Haram leader, Abubakar Shekau, saying the sect had not been defeated and will continue its reign of terror.

But the military dismissed the video as “cut and paste”, saying it is a complete sign of weakness and it poses no threat to Nigerians.

The Acting Director, Defence Information, Brig.-Gen. Rabe Abubakar, pointed out that the video was the same the terrorist group used in 2014.

He said: “It was the same video they used in 2014; this time around, they removed Shekau from it. This is cut and paste of an old video to make it look like new. Anything is possible in technology.

“The only ground the Boko Haram Terrorists (BHT) can go into and hide and pretend to be alive is the social media because it is everybody’s home without tracing the source.

“I believe the issue of the group is near ending by the special grace of God, The video is a complete sign of weakness and poses no threat to us.

“The so-called video is an attempt by the remnants to remind us that there was once Boko Haram elements. Empty vessels make the loudest noise”.

Mr. Abubakar also said that the issue of the threat to the president is a “complete joke”.

Describing the video as “a total washout”, the Defence spokesman reinforced the troops’ commitment to the eradication of the insurgency in the Northeast.

“Issue of threat to PMB (President Muhammadu Buhari) is a complete joke and the dream of the century, therefore the entire clip is a washout. Everybody is appreciative of our feat against BHT, no doubt about it and they know too.

“We reiterate our total commitment and resilience in stamping them out, people shouldn’t be deceived by their use of Photoshop”, he stressed.