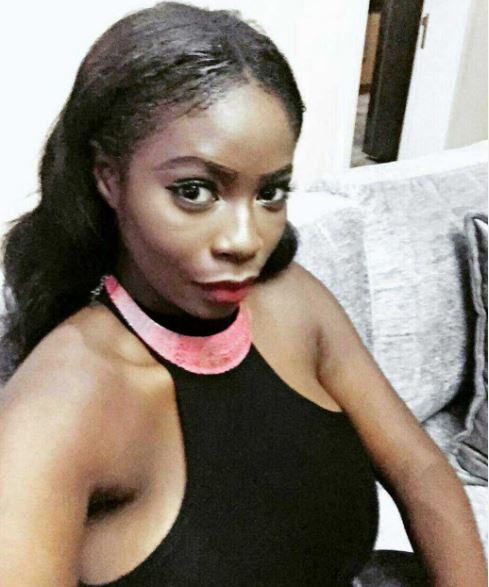 Pound for pound, few women in Nollywood, or even the entire entertainment industry can hold their own when it comes to going head to head in boobs contest with Bolaji Ogunmola. The up and coming hot actress is so endowed in the bosom, that the likes of Cossy wouldn’t want to be in the same room with her for fear of competition. But for the Next Movie Star class of 2013, having big boobs can’t compare to having bigger butt.

Bolaji Ogunmola
In a recent chat with Potpourri, the sexy, charismatic and unassuming ebony beauty bares her mind on some sensitive issues relating to sex, relationships and her career as an actress.

“I am left handed, I like light-skinned guys and very emotional,” she says, describing herself in simple terms.

“I can’t date a poor man and would have preferred having a bigger butt,” she added but declined to comment further on why she prefers bigger butt to her humongous, captivating boobs.

Bolaji has only been on her acting journey for four years but the horizon looks good for her.

“I have been acting for like four years now but people say you start counting from when you started making impact. So on that note, I became relevant from two years ago. My first film was when I was in the university, that is the University of Ilorin. After which I got enrolled at Royal Art Academy. I was part of some of their projects like Okon goes to school, Unbedded Niece and some other films,” she says, beaming with smiles.