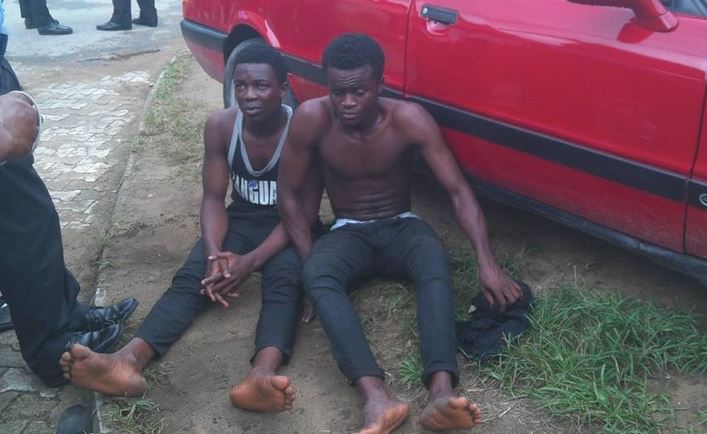 Five boys disguising to be girls on Facebook in other to lure their victims arrested in Calabar.
According to Facebook user named Esame Nkim shared this pictures with caption:
“This is happening live in my place of work. The picture of the boys below this write-up used female names and pictures to make friends with some girls on Facebook. The innocent girls were invited to meet with the supposed “friend”, when the girls got to the address at no. 1 Atekong in Calabar. The boys handed their phone to a girl to go bring in the girls. As soon as the girls entered the house the girl who ushered them in disappeared. The two girls were raped by five boys, videotaping their acts and later asked the girls to pay them 30k or the video will be uploaded to the net. They showed the girls clips from their escapades with other girl s and how much they paid. As the girls went out in search of the money, they decided reporting the case to law enforcement agents and they were picked up. Beware of who you add as friends!”