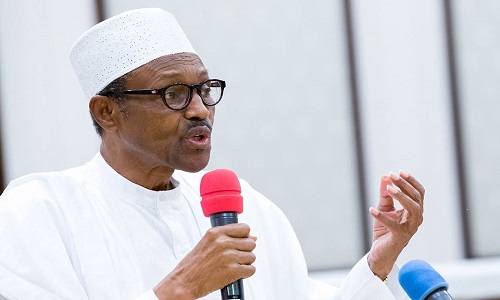 The President Muhammadu Buhari administration’s programme on affordable housing will soon transform thousands of Nigerians from being tenants, to proud owners of houses and plots of land.

This is contained in a statement by Garba Shehu, the Senior Special Assistant on Media and Publicity to the President, in Abuja on Monday.

Mr. Shehu said the housing scheme, operated through the mortgage banking system, was part of the programmes meant to uplift the quality of lives of the citizens.

“There are also programmes for affordable housing with mortgages which will transform thousands from tenant status to homeownership”.

The statement said the Buhari-led administration had so far released N74 billion as part of capital allocations in the last three months.

More capital releases will soon be made to revitalise the economy, the statement said.

“Most of our road contractors had not been paid since 2012, many of them had sent their workers away adding to the unemployment problem”, it said.

“This government has released capital allocations in the last three months that is more than the whole of 2015.

“In 2015 Nigeria spent a paltry N19 billion on roads, in three months we have spent N74 billion and we are already releasing more”, he said.

The statement by Mr. Shehu, which was in response to negative comments on the nation’s economic challenges, said the Federal Government had spent N26 billion in the transport sector in the last few months.

It also said that the government would start a concession that would revive the nation’s rail system for freight.

The presidential aide xpressed the hope that the movement of goods, particularly foodstuff through the rail system would reduce the cost of food items across market places in the country.

“In the transport sector in 2015, government spent just N4.2 billion; we have spent N26 billion with more to follow.

“We are starting a concession that will revive our old rail system for freight, whilst we build a new high speed rail system.

“Moving heavy goods by rail will reduce our transport costs which will reduce food prices and will save our roads from damage from heavy loads”, it said.

“No government has ever considered the poor like this one. Under the current budget, the administration devoted N500 billion for social intervention programmes for those who need and deserve support.

“Any process that will endure, must involve some pain but things will begin to improve. There is always a time lag between policy and effect. That is why the bad effects of past policies are manifesting now.

“Similarly, the positive impact of the work being undertaken to fix Nigeria’s problems will soon begin to show and we will emerge from this period stronger, wiser and more prosperous.

“There is hope for Nigeria, a hope that was previously clouded by corruption, greed and lack of focus.

“Nigeria is starting over and everyone has a role to play. Look back, look ahead”.