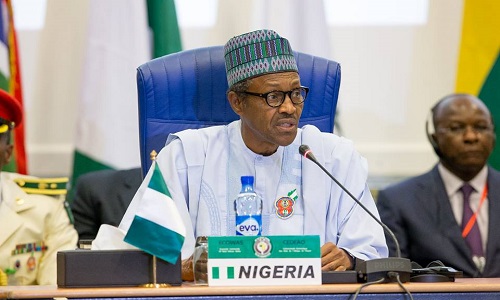 A chieftain of the Peoples Democratic Party (PDP) in Plateau State, Nde Alexander Molwus on Wednesday lampooned President Muhammadu Buhari over his recent claim that he inherited no infrastructural and other projects from the PDP, which was in power for 16 years.

The party chieftain said it was time for the president to admit that he has no idea on how to run the country.

President Buhari had while speaking to reporters shortly after he observed the Eid prayers in Daura, Katsina State on Monday, said that his administration inherited nothing from the past PDP governments.

“I want Nigerians to realize that what this government inherited after 16 years of the PDP government was no savings, no infrastructure, no power, no rail, no road and no security”, he was quoted as saying.

The statement attributed to the president drew flaks from a former Aviation Minister, Chief Femi Fani-Kayode, who said either Buhari has lost his memory or he was not well-informed to have said the PDP administrations of Olusegun Obasanjo, late Umar Musa Yar’Adua and Goodluck Jonathan did not bequeath any legacy.

Adding his voice to the condemnation of the president, the Plateau PDP chieftain, in a chat with reporters in Jos the state capital, accused Buhari of being economical with the truth.

Molwus said: “It is most uncharitable for Buhari to make such claim. And it appears whenever the president speaks, he does not rely on truth or verifiable information in the public domain”.

According to him, “how would any person agree that in sixteen years, there was no one or single positive thing that happened to enrich the profile of legacies in this country? Why is he limiting the socio-economic stagnation to the past 16 years and overlooking his coup constituency that took over from him in 1985?”

Molwus said it was regrettable that a whole president will lie to the nation and misinform the citizenry, “even when he has not been able to come up with any intervention programme as workable and effective as the SURE-P programme, which he inherited from the Goodluck Jonathan administration.

“Besides, Buhari is talking of bumper agricultural harvest this year because of the brilliant turnaround articulated and implemented in that sub-sector by the Goodluck Jonathan administration, and he has been commissioning projects in other sub-sectors such as railway transportation which were neither conceived nor initiated by his administration. So, what is Buhari really talking about?”

Molwus advised President Buhari not to “continue to bore the citizenry already disgusted with his dismal performance by attempting to hold past administrations responsible for his ineptitude, but should rise to the task of his office by exhibiting some pragmatism in governance such as arresting the outbreak of Kwashiorkor epidemic in the North East region caused by the fraudulent diversion of relief materials by a corrupt APC leadership”.