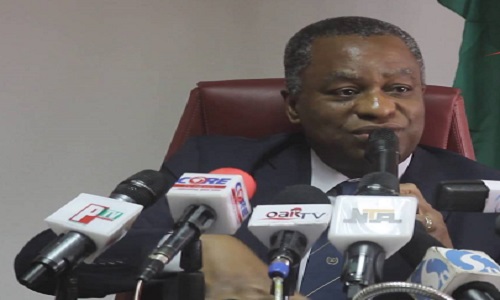 President Muhammadu Buhari will lead the Federal Government’s delegation to the 71st session of the United Nations General Assembly, the Minister of Foreign Affairs, Geoffrey Onyeama, said on Friday.

The Nigerian leader, will join other world leaders to address issues of global importance as well as those peculiar to their different countries and regions.

According to Onyeama, the president will use the opportunity to put in proper perspective some issues about his administration, which had been largely misconstrued, particularly on human rights.

Addressing a press conference in Abuja on the forthcoming UN summit, the minister said, “there is need to tell our own story and tell it persuasively too to get support from the world. We are not a sick patient looking for help. Nigeria is a power house seeking opportunity to play a greater role in global affairs”.

Reacting to the alleged human rights abuses by the administration, Mr. Onyeama said, “It would be an opportunity to put the record straight. Government does not interfere with the judiciary; neither does it interfere with the activities of the EFCC and other investigative bodies”.

He also stressed that the President Buhari administration has from onset defined the rule of engagement in the battle against terrorism.