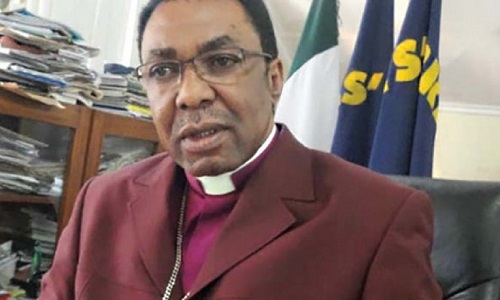 The Anglican Archbishop of Enugu Archdiocese, Most Reverend Emmanuel Chukwuma, has said that the current economic hardship in the country has made Nigerians hungry and angry, advising the federal government to urgently do something about it before the situation gets out of control.

The cleric also condemned the decision of the Independent National Electoral Commission, INEC, to postpone the Edo State governorship election, earlier scheduled for this Saturday, following an ‘advice’ by security agencies.

Mrs, Madu, who died at 101 years, was the mother of Anglican bishop of Oji River diocese, Most Reverend Pius Madu.

Pointing at the Chairman of the All Progressive Congress (APC) in Enugu State, Dr. Ben Nwoye, Most Rev. Chukwuma urged him to pass the message of hunger in the land to the APC-led federal government under President Muhammadu Buhari.

“APC used to be a very effective medicine for headache in those days. If this APC can’t cure the illness in Nigeria now, Nigerians will begin to drink codeine. Dr. Nwoye, please pass the message to the APC government in Abuja”, Chukwuma said.

Speaking further on the “Change Begins With Me” campaign launched Thursday by the president, the Anglican Archbishop advised Buhari to lead by example.

“Change should begin with Mr. President”, he said. “Let him pay federal civil servants. Buhari will try and make the change crusade begin with him by paying workers at month end”.