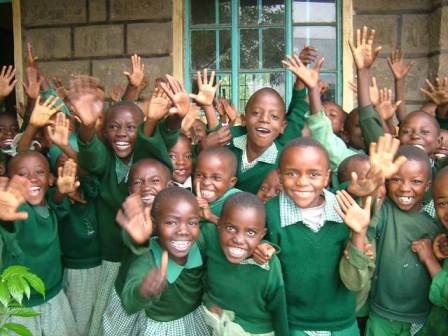 September is here. The holidays are over. It’s time for the ‘leaders of a tomorrow that never comes’, to go back to school.

Parents with one child are having nightmares while those with more than one can’t even sleep. As for those with children studying abroad, the Lord is their strength.

Change begins with us, so says our esteemed President. And even though he stole Obama’s 2008 speech, what he says is true, we can feel the pains of change.

I don’t mean the imaginary pains felt by our Senate President, Bukola Saraki who receives a fat governor’s pension and also has all his bills paid for by the government.

Nor that of Femi Adesina who now goes hungry after he graciously took a pay cut, so he can serve his beloved nation.

Unlike these ‘martyrs’, we can feel the change in every aspect of our lives – the prices of foodstuffs, fuel, rent and now school fees.

Private schools across Nigeria are reporting mass withdrawals of students by parents who can no longer afford to pay the school fees.

UNICEF’s recent ranking of Nigeria as the tenth worst country for access to primary school education is about to get worse.

Students whose parents can no longer pay their school fees will be sent home on a scale never seen before in Nigeria.

Once capable parents who have had their incomes wiped out by the devaluation of the Naira. Yes, not only Dangote lost out.

The recession is biting harder and the effects of rising prices and declining income can be felt deeper now.

They say it’s darkest just before dawn but I see no silver lining. I am no pessimist, I simply draw my conclusions from the situations on the ground and our government’s inept response to them.

And unless you also believe the prayers of our ‘N197 to a Dollar’ pilgrims will save us, then you better hunker down and brace yourself because this storm is far from over.

As a child, I sang the ‘we are the leaders of tomorrow’ anthem, and even though I’ve had the same ‘leaders’ since my birth, I also want my child to believe in that dream.