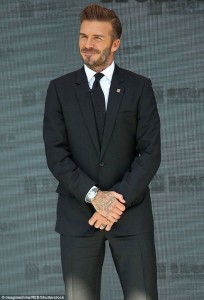 Looking dapper in a grey two-piece suit and crisp white shirt, Beckham posed for photos at his first event on behalf of the organisation, with whom he works to promote social and charitable programmes across the country.

The 41-year-old retired footballer, who commands an enormous fan-base in the country signed a lucrative deal believed to be worth in excess of $5 million to work as an ambassador for Luneng Group last September. 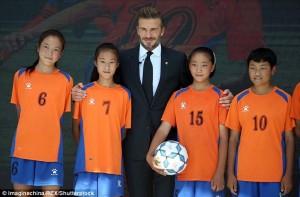 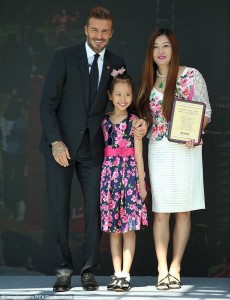