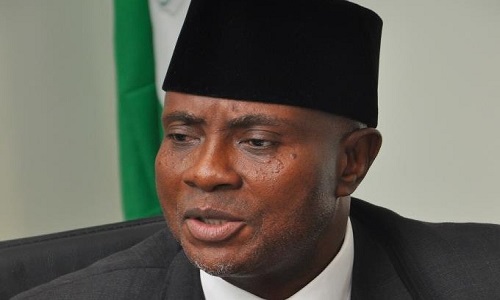 The candidate of the All Progressives Grand Alliance (APGA) in the September 28 governorship election in Edo State, Mr. Osaro Onaiwu has decried the manner in which some Bini chiefs were dragging the revered palace of the Oba of Benin into politics.

The APGA candidate pleaded with the palace chiefs involved not to rubbish the stool of the Oba of Benin in the name of politics.

Onaiwu spoke while reacting to the purported endorsement of the candidate of the Peoples Democratic Party (PDP), Pastor Osagie Ize-Iyamu, by the Eson of Benin, Chief Amos Osunbor, who also is a member of the PDP.

He said: “Chief Osunbor should have made that endorsement with his name and not using the umbrella of a powerful group in the palace to do that.

“I don’t know the role being played by Chief Osunbor in Benin Kingdom; as a PDP leader, he can endorse Ize-Iyamu, who is their candidate in his own capacity but not using the name of a group in the palace. That is his personal business and that goes to show how some of these people think about our state.

“But I want to let him know that he can endorse Ize-Iyamu but the Binis don’t want him and it will show on the 28th of September”.

The APGA flag bearer, who warned custodians of tradition in the state against dragging the name of the Oba of Benin and his palace into their personal matters, stressed that it is popular opinion that his PDP rival is not, and cannot be the solution to the problems of the state because he was part of the government of Lucky Igbinedion for eight years.

“And that is why it is funny because the same people want to come back and rule us. Both the PDP and the APC have failed our people but that of Ize-Iyamu and PDP are worst because for ten years, they destroyed this state and you expect Edo people to vote for them? No way”, Onaiwu asserted.

According to him, “The PDP cannot win election any more in Edo State and that is why APGA is the best option for our people. Ize-Iyamu spent eight years under Lucky Igbinedion and six years under Governor Adams Oshiomhole and you think Edo people want such a person that is inconsistent in his politics? No way.

“So, our chiefs must not allow themselves to be used by people who are in politics for their selfish interest. We must think about the collective good of our people first. And for people like Chief Osunbor, let it be known that he is a card carrying member of the PDP and he should not act as if a section of the palace chiefs are endorsing Ize-Iyamu; that must be stated clearly”, he said.