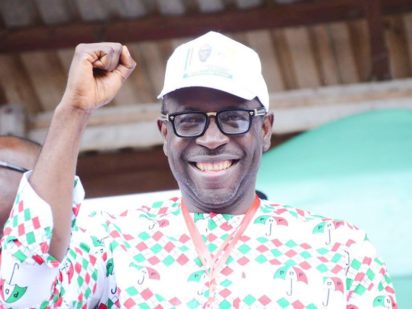 The Edo State Commissioner of Information, Prince Kassim Afegbua, has refuted ‎reports on social media that he is backing the Peoples Democratic Party (PDP) candidate in the September 28 rescheduled governorship election in the state, Pastor Osagie Ize-Iyamu.

The commissioner, in a statement last night, described the reports as a “big scam”, stressing that “the conveyors of such odium are not only suffering from political thalidomide, but have taken desperation to ridiculous extent”.

Prince Afegbua pointed out that in this jet age, people should drive information with truth and honesty and not shameless imputation of misleading information to score cheap political points.

“I did not discuss with anyone about any support for the PDP candidate. I am fully for the candidate of the APC and my last interview on Friday, 9th September, captured in Daily Independent, says it all. It is a straight win for the APC. So why on earth will some clueless and colourless demagogues ascribe a false statement to me?

“Is this the ridiculous extent that the social media has degenerated or someone is trying to be clever by half? What a society with very disturbing character indices with their ridiculous promoters. I am for Obaseki pure and simple. Anyone not comfortable with that can go to hell. That’s my political right and I can exercise it to the fullest”, he asserted.