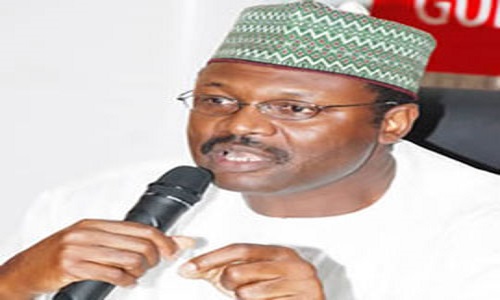 The State Security Services and Nigeria Police had on Wednesday advised the electoral commission to postpone the polls in view of what they said was “credible intelligence” indicating the likelihood of attacks in the state.

The Peoples Democratic Party, PDP, had in its reaction, urged President Muhammadu Buhari to call the security agencies to order while the Governor of Edo State, Comrade Adams Oshiomhole, declared his party, the All Progressives Congress’ readiness to perform “final burial” rites for the PDP during the polls.

Speaking Thursday after a stakeholders meeting and consideration of the security report, the INEC National Commissioner in charge of Voter Education, Mr Solomon Soyebi, said that “the governorship election will go ahead on Saturday, Sept. 10 as scheduled”.

Soyebi, who addressed a press conference held at INEC’s office in Benin, the Edo State capital, said as the body statutorily set up to conduct elections in the country, the commission would not take orders from any institution with regard to the performance of its constitutional duties.

“We have therefore weighed all the consequences of a postponement in the election and have resolved to go ahead with the conduct of the election on Saturday as scheduled”, he said