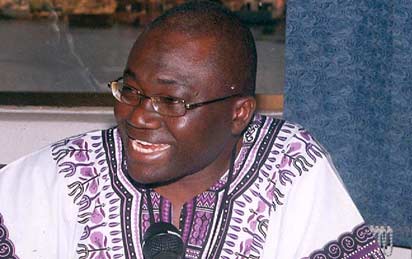 A former Vice President of the Nigeria Labour Congress (APC), Comrade Issa Aremu, has commended the Independent National Electoral Commission (INEC) for the successful conduct of the governorship election in Edo State.

In a statement made available to newsmen on Friday in Kaduna, Aremu hailed the Governor-elect of Edo State, Mr. Godwin Obaseki, for emerging victorious “in an election globally adjudged to be transparent, free and fair”.

It also acknowledged the role of other stakeholders including the contestants, political parties and security agents for cooperating with INEC at ensuring a peaceful election.

“We commends the good people of Edo State for turning out to vote the candidates of their choice and in particular for their abiding faith in democracy and the progressive direction of the Comrade Governor (Gov. Adam Oshiomhole of Edo). With such high participation, all Edo people are winners”, it stated.

The statement quoted Aremu, who is the Secretary General, Textile Workers’ Union of Nigeria, as “saluting the union members, market women, students, traders, professional bodies, applicants and people from all works of life who identified with the continuity of progressive and development governance in Edo State by voting the candidate of the APC”.