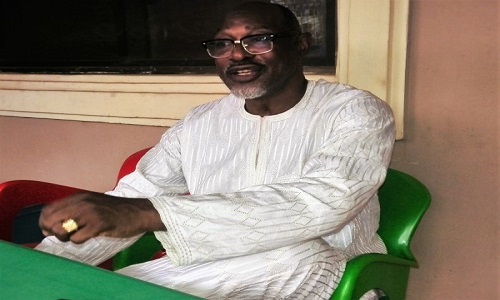 The Edo State chapter of the All Progressive Congress, APC, has described as idiotic, the Peoples Democratic Party, PDP’s claims that the APC masterminded the postponement of the state governorship election to September 28.

The APC said the postponement did not add any value to its activities in preparation for the polls.

The APC Chairman in the State, Anselm Ojezua, who spoke at a press briefing on Friday in Benin, said the decision to postpone the election has adversely affected the party.

He claimed that the APC and some other critical stakeholders were not consulted before the shift in the date for the election was announced.

Ojezua noted that the APC has effectively campaigned and marketed its candidate, Godwin Obaseki to the electorate as well as mobilized its members ahead of the election.

The APC chairman, however, recalled that the party had previously drawn attention to the influx of militants into the state from neighboring states during the Continuous Voters Registration exercise even though the party does not have details from the security agencies.

He expressed optimism that the postponement would provide an opportunity for security agencies to address the influx of militants in addition to other threats that may have been discovered.

He said, “Elections have largely been peaceful in Edo State since 2007 until the sudden interest of the Governors of Rivers State and Delta State who are hell bent on realizing the long standing obsession of an individual to rule this State by all means.

“We believe that the timing and mode of communication by the security agencies could have been better handled having regards to the very hard work and huge resources deployed towards the election by all concerned.

“However, having regards to the provisions of the Constitution of the Federal Republic of Nigeria and the Electoral Act, we are obliged to defer to the decision of INEC particularly when ‘security threats’ have been cited as the reason for the postponement.

“All these, taken with the reported threat by the Governor of Rivers State, Nyesom Nwike to the effect that the APC people should go and write their will should be a source of concern to any right thinking person. You recall that the last time the same man issued the same threat in Port Harcourt several people lost their lives including Youth Corpers who had been deployed to assist in the exercise in that State”.