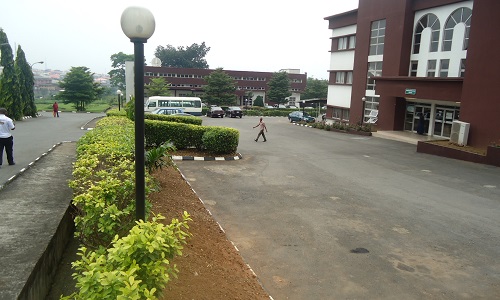 Security has been beefed up at the Edo State Government House, Benin, and other public institutions as residents of the state await the announcement of final result of the governorship election by the Independent National Electoral Commission.

Some members of the Peoples Democratic Party (PDP) had on Thursday protested in front of the INEC office in Benin, the state capital while the result was being announced.

The state Chairman of PDP, Mr. Dan Orbih, had also rejected the result, saying it was “fabricated and predetermined”.

Following the protest, more security personnel were drafted to the state INEC office and also stationed at strategic locations in Benin City.

NAN reports that more security personnel were seen at the government house following the protest.

The security personnel drafted to government house had barricaded major entry and exit points, while visitors are thoroughly screened before entering the building.

Police Armoured Personnel Carriers have been stationed at the popular Kings Square, and campaign headquarters of the All Progressives Congress (APC) governorship candidate, Godwin Obaseki, who set to be declared as governor-elect by INEC.

Other security personnel were seen patrolling the city and manning check points in strategic locations.