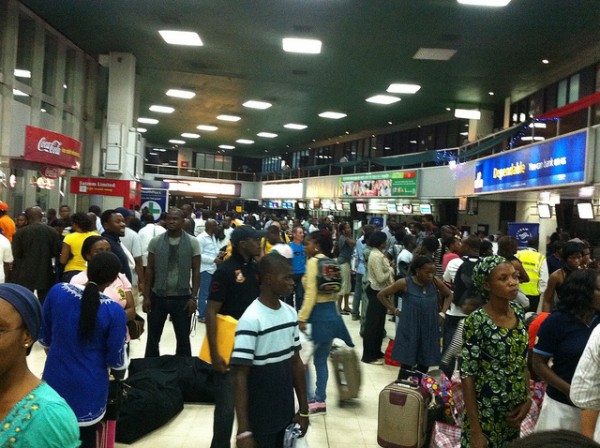 The Federal Airports Authority of Nigeria (FAAN) has blamed the incessant power outage at the Murtala Muhammed International Airport (MMIA), Lagos on construction works ongoing at the new international terminal of the airport.

The nation’s foremost airport was earlier this week plunged into prolonged darkness following a power outage, disrupting flight operations in the process.

Although electricity supply was restored in some parts of the airport yesterday, FAAN warned that there could be more disruptions as it moves to find a lasting solution to the power cuts.

According to the agency, the electric cables buried underground that provided electricity at the airport was inadvertently excavated by construction workers at the location where the new terminal is being built.

The spokesman for FAAN, Mr. Yakubu Dati, who confirmed the excavation of the cables, said engineers from the agency have been working to move the cables from the construction site and replace those that have been destroyed, noting that this would take a little time before the work is completed.

“Preliminary reports indicate the cause of the outage was the damage of two 11 KVA underground cables located within the construction premises of the new international terminal. Our engineers are urgently rectifying the problem. However, FAAN will relocate those cables out of the construction site to prevent re-occurrence and we crave your indulgence while that is being done. The Authority apologises for the inconvenience caused to airlines, passengers, and the general public”, Dati said.

He said demand for electricity at the airport has been overstretched due to increased activities and expansion of the terminal but this was in the process of being rectified with the acquisition of 500 KVA transformer, which is undergoing installation.

“Once we move the cables from the construction site, we are sure we would have stable electricity supply at the airport, but to permanently meet the growing demand and in view of the rapid and continuous increase of activities in the near future, we are installing the 500 KVA transformer”, Dati said.

He noted that FAAN doesn’t rely on public power supply because of the hiccups associated with it so the agency has new generators and with the combination of the old ones, it has been providing electricity to both the international terminal and the General Aviation Terminal (GAT).

Dati also disclosed that FAAN would replace all the old underground cables, which are as old as the airport itself.