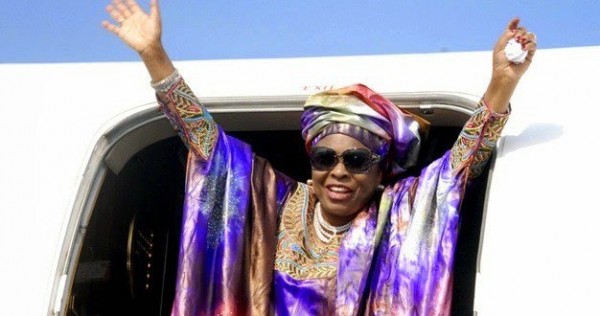 The Federal Government has denied claims in some quarters that it is persecuting former First Lady, Dame Patience Jonathan.

Following the freezing of some accounts belonging to some individuals and companies under investigation by the Economic and Financial Crimes Commission, EFCC, Mrs. Jonathan had sued Skye Bank, where the funds are domiciled, claiming they (about $15million) belong to her.

She is asking for N200 million damages from the bank in addition to demanding that the “Post No Debit” on the accounts be lifted.

The decision of the anti-graft agency to restrict the account, led to speculations that the Federal Government is going after the former first family.

But the Minister of Information and Culture, Alhaji Lai Mohammed, has dismissed the speculation as unfounded.

RELATED POST: $15m in my accounts for medical bills, others- Dame Patience Jonathan

According to him, it was wrong for anyone to claim that the Federal Government was probing the former family as it was Patience Jonathan herself, who came out to claim the foreign currency found in a strange account operated by former Senior Special Assistant (Domestic/Household and Social Events to former President Goodluck Jonathan), Dr. Dudafa Waripamo-Owei Emmanuel.

Mr. Mohammed, who was speaking to reporters in his hometown of Oro, Kwara State on Tuesday, said “If you look at the history of Mrs. Patience Jonathan’s issue, I think she was the one that came out to claim that the money found in the accounts of one of the aides to the former President, her husband, belonged to her. It was not the EFCC that claimed so.

“She claimed that the money that the guy was being prosecuted for belonged to her. It was only then they later found an extra $5m in another account. It is not as if anybody has gone out to probe Mrs. Jonathan directly or indirectly”.

“Rather Mrs. Jonathan was the one that said ‘that money for which you are accusing Mr. X actually belongs to me’. So, you cannot start talking of prosecution or persecution”, he said.