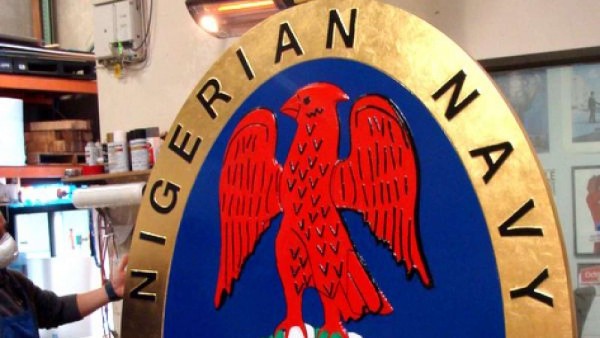 A company, Lexy Nigeria Ltd., has dragged the Navy before the National Human Rights Commission, alleging violation of its rights.

Lexy Nigeria in a five-page petition dated Sept. 9 alleged that the Navy failed to respect an agreement entered with the company for the development of the Navy Town Estate., Asokoro, Abuja.

The petition signed by its Managing Director, Mr Leye Adetipe, said the company on May 19, 2015, entered into an agreement with the Naval Building and Construction Company Limited to develop the estate.

It said, “This is to cover a total area of 95 hectare after a Board Resolution of the Nigerian Navy Holdings Limited was passed to this effect on the 6th of May, 2015, authorising the joint venture agreement.”

The petition also alleged that at the time of the agreement, the present Chief of Naval Staff, Vice Admiral Ibok Ete Ibas was the Group Managing Director of the Navy Holdings Limited.

“He was satisfied with the agreement before it was signed by both parties“.

The company claimed that a power of attorney was executed by the parties pursuant to the actualisation of the agreement wherein the Naval Building and Construction Company donated some power to the company.

The company also claimed that the Nigerian Navy violated Articles 6, 7, 8 and 9 of the agreement.

It said, “Article 7 provides that all proceeds of sale of the housing units and developments shall be paid into a special purpose account to be opened and operated by both parties.

“No party shall withdraw from the said account without the consent of the other.”

The company further claimed that the Nigerian Navy Holdings thereafter passed a board resolution to this effect and Access Bank Plc., was named as the bank where the joint venture account would be opened.

“However, contrary to the resolution in Article 7 the Nigerian Navy opened an account with another bank.”

Article 8 placed an obligation on the Naval Building and Construction to deliver the title document to Levy Nigeria Limited while article 9 provided that Levy shall select and engage contractors, among others.

The company claimed that contrary to this, a company brought by Levy was used to replace the petitioner .

It said, “They are doing their best to illegally eject my company and others engaged by my company as armed naval personnel invaded the project site on Feb. 19 beat up a lot of staff and chased us out.”

Levy further claimed that on March 29 a letter was written to the Managing Director of the Naval Building and Construction, Navy Commodore Abdul Adamu and the Chief of Naval Staff was copied.

The petitioner said that it pointed out the breaches committed by the Naval Building and Construction and called for a meeting which was ignored.

The company prayed the commission to look into the issues and if found to be right award N10 billion as damages to the petitioner.

It urged the commission to restrain Naval Holdings from tampering with the members of the company and ensure that both parties comply with the agreed agreement.

The company plead with the commission to direct that there should be no self-help in the implementation of the agreement voluntarily entered by both parties.

It further urged the commission to investigate the illegal construction work going on at the project site.

Responding, the NHRC Executive Secretary, Prof. Bem Angwe, commended the company for taking this step instead of taking laws into its hands.

He said, “The commission will study the petition and give the other parties fair hearing.

“The commission will engage all the departments involved to have a thorough investigations into the matter after which we shall look into your prayers.”

The Monitoring Department of the Commission was refused access into the project site when it went on the spot assessment after the petition was lodged.

The Director Monitoring Unit, Mr Tony Ojukwu, said “We were denied access to the place; we will draw the attentions of the Navy and its management because they may not have known this aspect of our mandate.

“What the commission is doing is to mediate.”