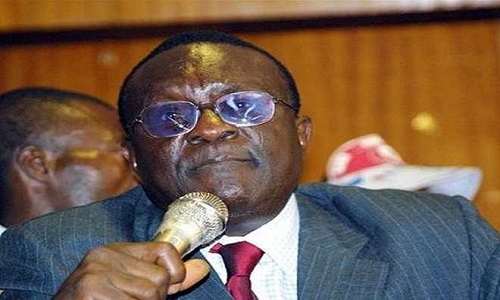 Late human rights activist and Senior Advocate of Nigeria,Chief Gani Fawehinmi, would have supported the anti-corruption campaign of the current administration if he were alive, a Lagos lawyer has said.

Mr. Fawehenmi, a no-nonsense legal luminary widely regarded as hero of the masses, passed away on September 5 2009 after a prolonged battle with lung cancer.

Speaking yesterday in Ondo at the National Conscience Party’s 7th Gani Fawehinmi memorial lecture series, Barrister Ebun Adegboruwa, however, said the late activist would have disagreed with the operational methodology of the current anti-corruption campaign, which he claimed is lopsided and selective.

According to Adegboruwa, “He (Gani) would have put pressure on Gen Buhari to first probe his campaign funds and all members of his own political party who have held power in the past.

“By now, Gani would have filed several cases in court to compel all public officers to declare their assets publicly, in line with the campaign promises of the president”.

The Lagos lawyer pointed out that Gani would have opposed and mobilized Nigerians to resist the recent increase of fuel prices.

“The two things that seem to determine the economy of Nigeria are the price of petroleum products and the exchange rate of our currency. So Gani always wanted a system that would guaranty a friendly package for all the masses of our people”, he added.

Adegboruwa further stated that Gani would have been in the forefront of promotion of qualitative education and would have called for a broad based government of national unity, where all talented and experienced Nigerians, would be encouraged to contribute to our national development.

He also said the legal luminary would have advocated for proper restructuring of Nigeria, into a proper federation, with the devolution of power to the regions and the local governments.

“With Gani, the courts would have been agog with myriad of cases on the countless acts of impunity that we have been forced to put up with in this country. Gani would have mobilized the human rights community and civil society and labour to embark upon peaceful protests, all over the land, to reject the poverty and suffering that this government has imposed upon the people of Nigeria”.