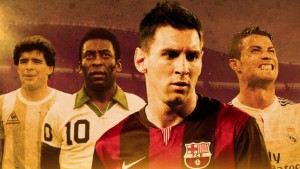 Brazilian football Legend, Pele believes Lionel Messi is the world’s best player due to his consistency and goals record over the last 10 years.

Pele, who won three World Cups with Brazil, was quizzed at a packed press conference in Scotland on who he thought was the best and he replied: “I could mention some names but, what has happened in the last 10 to 15 years, I think Messi is the player who was the most consistent all those years, no doubt. 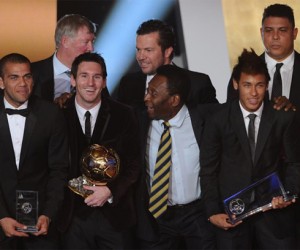 “We have had a lot of good players. Then Cristiano Ronaldo (of Real Madrid) came late but it is different because Messi is the more organised, he scores goals.

“Cristiano Ronaldo is like the Ronaldo from Brazil. He is a good scorer, no doubt, but to me as a player it is Messi.”