Award-winning hip hop artist, AKA is following in girlfriend, Bonang Matheba’s footsteps with a magazine cover of his own.

The rapper is the cover star for GQ South Africa latest edition, which reads, “AKA shoots from the hip.” 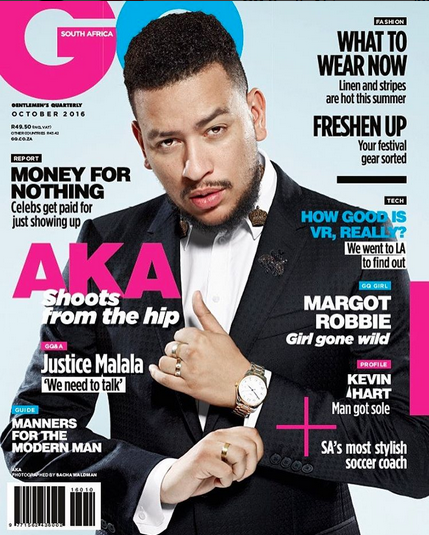 The magazine will go on sale on Monday: