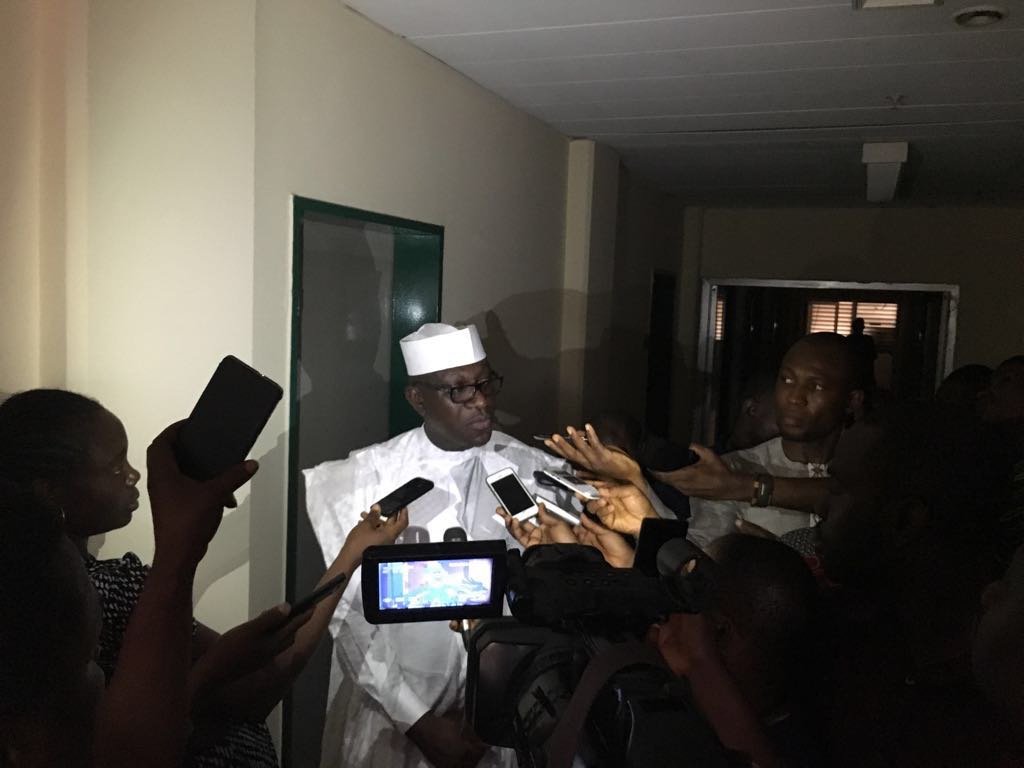 The embattled former chairman of the House of Representatives Committee on Appropriation, Dr. Abdulmumini Jibrin met yesterday with the Presidential Advisory Committee Against Corruption (PACAC) led by Professor Itse Sagay.

Done meeting with the no nonsense Presidential Committee against Corruption. Never will it be swept under the carpet pic.twitter.com/Yk8gPyktNs

The meeting, which lasted for about three hours, took place at the commission’s National secretariat, Abuja.

Jibrin, who fielded questions from reporters after the meeting,remarked that his appearance before members of the committee was aimed at ensuring that the Speaker of the House of Representatives, Mr. Yakubu Dogara, and three other principal officers of the lower legislative chamber are brought before the law court to defend allegations of misconduct made against them.

He also expressed readiness to face trial against any allegation of corruption levelled against him from any quarters.

He explained further that:

“The fact that I am raising allegations against Mr. Speaker and members of the House of Representatives does not in any way confer any immunity on me. I have also said that anybody who has anything against me should forward it to the anti-graft agency.

He submitted by saying , no member of the House of Representatives has signed a petition against him nor submit same to anti-graft agencies.