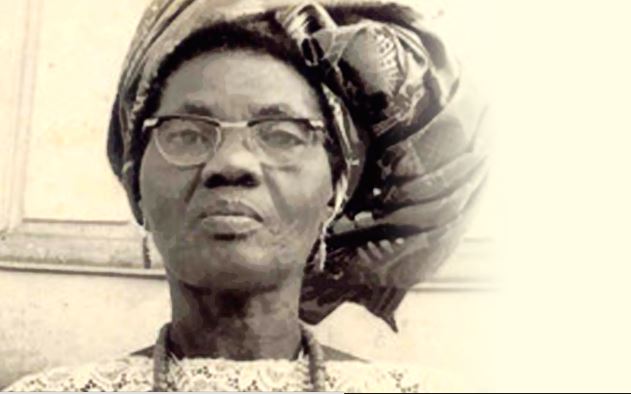 After days, months and years of protest, the Alake, who was regarded as a stooge of the colonial master, was removed and forced out of office and had to move to Ogbomoso (other records say Oshogbo) where he stayed till December 1950 before things came back to normal. She served with distinction as one of the most prominent leaders of her generation. She was also the first woman in Nigeria to drive a car.

Ransome-Kuti’s political activism led to her being described as the doyen of female rights in Nigeria, as well as to her being regarded as “The Mother of Africa.” Early on, she was a very powerful force advocating for the Nigerian woman’s right to vote. She was described in 1947, by the West African Pilot as the “Lioness of Lisabi” for her leadership of the women of the Egba clan that she belonged to, on a campaign against their arbitrary taxation. That struggle led to the abdication of the Egba high king Oba Ademola II in 1949.

She was raised by parents who valued education and became the first girl-student admitted to Abeokuta Grammar School, hence, her nickname-Beere (which means first girl in Yoruba). She later went to England for further studies. She soon returned to Nigeria and became a teacher. On January 20, 1925, she married the Reverend Israel Oludotun Ransome-Kuti (1891-1955). He also defended the commoners of his country, and was one of the founders of both the Nigeria Union of Teachers and of the Nigerian Union of Students. The marriage was blessed with four children; Olikoye, Beko, Fela and a girl, Dolapo. In 1918, Governor-General Lugard had introduced a system of direct taxation and created the Sole Native Authority which was a form of indirect rule whereby the traditional rulers acted as agents for the colonial government. The Sole Native Authority (equivalent to today’s Local Government) was headed by the Alake. It had far-reaching powers and all the previous checks and balances on the power of the Alake was eroded under the indirect rule system as kingmakers, chiefs and priests who could act to limit the abuse of power of the Alake were now dependent on the Sole Native Authority for their appointment to advisory councils. In plain words, they were rendered effeminate.

Before the advent of the British, women had participated in politics and had their own representatives. The most important, was the Iyalode on state councils whose duty was to protect and promote women’s interest. When they (the British) came, it never occurred to them that women had any significant role and so they never made any provision for it. Nevertheless, some women titles like Iyalode and Erelu remained but they lacked power and influence.

The aching issue for the Egba women was taxation. Having been subjected to tax by the colonial government, they provided as much as one-half of district revenues. Yet, they had no direct representation on the Sole Native Authority council, a situation they abhorred so much.

Further, the manner by which taxes were collected was often through insult, violence, chasing of women, beatings and stripping of young women ostensibly to assess their age.

As time went on, complaints increased, reaching a point where women decided that their only chance to gain redress of their grievances was a more militant approach. They considered the tax as foreign, unfair and excessive. They also objected to the method of collection.

This was the one issue which catapulted Funmilayo Ransome-Kuti into the political limelight, first in Abeokuta and then in Nigeria.

In 1923, she (Funmilayo Ransome-Kuti) had organized a group of young girls and women into the Abeokuta Ladies Club. The group was made up of western educated middle class and mostly Christian women who concentrated on crafts and social etiquette.

Around 1943/44, the Abeokuta Ladies Club regrouped and expanded to include market women who had approached Kuti to explain their ordeal to her. Most of these women were uneducated and it was at this point that Kuti began her political activism which aimed at raising the standard of womanhood in Abeokuta, encouraging learning among the adults and thereby wiping out illiteracy.

Funmilayo Ransome-Kuti was appalled to hear of the level of exploitation by the colonial and Egba Native Authority, harassment by police and representatives of the Alake against women. She discovered that the Alake, the traditional ruler of Abeokuta was diverting confiscated rice to his own stores, selling it and pocketing the profits (the rice had been confiscated by the government from women traders).

In 1946, the burden of taxation became unbearable and the Abeokuta Ladies Club metamorphosed to Abeokuta Women’s Union. This was designed to challenge both colonial rule and the male-controlled structure. Through the union, they opposed price controls and imposition of direct taxation, engaged in press campaigns and mobilized so much pressure against the Alake.

The Abeokuta Women’s Union was a well-organised and disciplined organisation. Mass refusal to pay the tax combined with enormous protest led to brutal response from the authorities as tear gas were deployed and beatings were administered. Funmilayo Ransome-Kuti ran training sessions on how to deal with this threat, teaching women how to protect themselves from the effects of tear gas and how long they had to throw the canisters back to the authorities.

In late 1946, the Alake increased the tax rate for women. Thousands of women marched to the palace to protest these increases. The Alake’s only response was that if any woman felt her taxes are too high, she should appeal to him individually.

It seemed there was nothing to achieve, so the Abeokuta Women’s Union, through their leader, Funmilayo Ransome-Kuti, engaging in tremendous letter writing effort, outlined the women’s grievances to newspapers in Lagos and Abeokuta.

A mass movement was organised and they laid down objectives, some of which included:

The Alake was vigorously criticised, since he was considered the personification and symbol of the Sole Native Authority to the detriment of his people’s well-being. Although, the colonial government was the real source of power, the Abeokuta Women’s Union attacked its agents, the Sole Native Authority and the Alake. They challenged the Alake’s abuses of food and price controls, his interference in trade and court matters. He was also charged for demanding sex from some women who had left their abusive spouses to take refuge in his palace and charging them for accommodation.

In addition, the Abeokuta Women’s Union called for representation of women on all bodies that administered Egba affairs by members of the union. Their rationale was that since the men had not protected their rights, women’s representatives were needed to do so. The anti-tax protest was a long one with Funmilayo Ransome-Kuti at the head leading the women in the struggle.

In 1947, Funmilayo Ransome-Kuti refused to pay her taxes and was arrested. At her arraignment where she pleaded “not guilty”, thousands of women congregated at the courthouse to demonstrate their support. The next year, she again refused to pay her taxes. She led the Abeokuta Women’s Union in laying down plans for a systematic programme of mass protest.

The first major demonstration held on November 29 and 30, 1947. Many women took part. As they neared the Alake’s palace, she commanded the marchers to stop, closed her eyes and told them that all those who were afraid should leave while her eyes were closed. None withdrew. They maintained vigil during which they sang abusive songs.

In reference to the Aba women’s riots of 1929, the women were careful to stress the importance of not allowing the authorities any excuse to attack them or use violence by making sure no weapon was carried. Many women were jailed but were later released.

In January, 1948, Kuti was banned from the palace for insulting the Alake and the British administration supported it. Administrative attempts to woo away the Abeokuta Women’s Union executive from its support of Kuti failed. They also refused to attend any meeting without Kuti.

By April, the women were determined to get rid of the Alake and obtain their demands, one of which included that the Alake be removed from office. They continued their demonstration and vowed to go on the streets in Unclothedness (a taboo in Egbaland).

To gain time, the Alake decided to go for a holiday at the beginning of June in Jos, hoping things would cool off in his absence. He appointed a special committee to investigate the complaints of the women. He also suspended their taxation and agreed to women representative on the central committee. Alas, the women were no longer interested in anything he did.