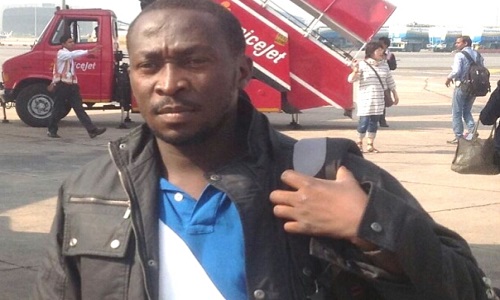 Ahmed Salkida, the Dubai-based Nigerian citizen journalist with close ties to the leadership of the Boko Haram sect, has denied reports that he was arrested.

Salkida, who was declared wanted alongside two others last month by the Nigerian Army following his release of a Boko Haram video showing some of the abducted Chibok schoolgirls, was reportedly arrested by security agents immediately he disembarked from an Emirates Airline flight from Dubai, at the Nnamdi Azikiwe International Airport, Abuja on Monday.

He was however, released on Tuesday.

Debunking speculations in the media that he was arrested, Salkida said he only honoured the invitation of the security agencies to clear his name following the release of the Boko Haram video.

He also said he had “very engaging” conversations with the security agencies and thanked everyone who stood by him while he was in custody of the authorities.

“In response to the demand by Nigerian security authorities for me to clear my name, I flew into Abuja on Monday, 5th September.

“Contrary to reports, I was not arrested. I had very engaging conversations with officers. The atmosphere was mutually respectful. The discussions opened useful insights that are benefiting to both sides on the discussion table.

“I wish to thank most especially [my] family, friends and professional colleagues who believed and trusted that my outputs have only solely been driven by professional considerations. And to those who never believed, who have used hate, threats and intimidation, I thank you also.