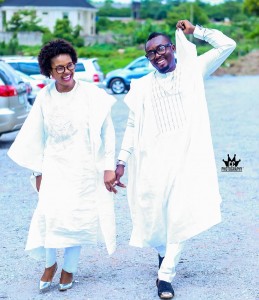 The following questions are great for women who want to find out where they really stand with their man. If he’s hesitant, changes the subject, or ignores, then it’s safe to say he’s not looking for marriage with you. On the other hand, if he says “yes” to these ten questions, he’ll be happy to wife you up eventually.

1. “Do you see yourself with me in the long-term?”

If he asks you how long term you’re talking about, it’s safe to say that he sees your relationship as a placeholder. If he says “yes,” it’s also safe to say he’ll lock it down. If he hesitates, it’s just a bad sign overall.

If he hates the idea of marriage, he’ll never pop the question. End of story.

3. “Are most of your friends married?”

Men are notorious for following the cues of their friends. If his buds are hitched and he’s single, he’s probably looking to change that sooner rather than later.

4. “Are you looking for marriage?”

Sometimes you have to be blunt. If he tells you he’s not looking for a wife, believe him. If he’s vehemently anti-marriage, he’s just not going to be a husband to you, ever.

5. “Do you have a time frame you’re thinking about?”

Only ask this question if he’s already said yes to #4. Otherwise, he will likely freak out and ask you why you want to label things.

Most men who want to have kids also are interested in marriage. If he wants to have a baby with you, he will probably propose to you soon enough.

If he can’t say yes to this, you need to break up with him immediately. He’s wasting your time and using you as a placeholder.

Marriage is about growth, and a guy who’s looking to marry will know this. If he’s not looking for someone to grow with, it’s not a good sign.