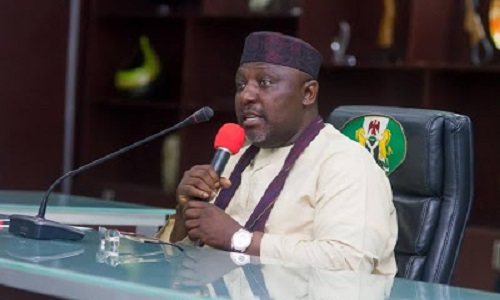 The governor as part of his birthday celebration rewarded each of the victorious Paralympians with a brand new car and the sum of one million naira each.

He also extended his magnanimity to some of the coaches who have brought honour to the state.

The medalists who broke world records on their way to winning gold medals include Roland Ezurike, Nwosu Ndidi and Orji Josephine Precious.

The Honourable Commissioner for Public Safety, Youth and Sports, Rodney Ajaelu had on arrival at the Government House presented the 3 gold medallists to the governor for recognition.

The elated Paralyampians sang a Happy Birthday song for the Governor and promised to continue to set the pace.

The Governor while addressing the athletes said that the best things that can happen to Nigeria will always come from Imo state saying they did not only make the state proud but the entire nation.