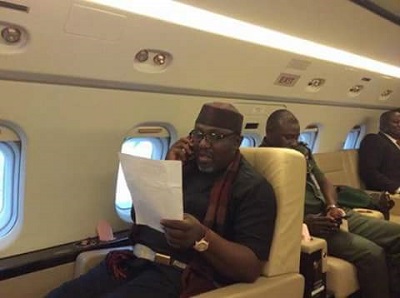 Imo State Governor, Rochas Okorocha has relieved the state’s Commissioner for Information, Vitalis Ajumbe and two others of their duties.

This is contained in a statement released by the Principal Secretary to the governor, Pascal Obi, on Thursday, as he said that the sack was with immediate effect.

According to the statement, two others sacked from office are the Special Adviser to the governor on Public Enlightenment and Strategy, Kelechi Okpalaeke, and Special Adviser on Niger Delta Affairs, Justice Odika.

The governor appointed Ralp Afoaku as the Director General of the state-onwed media, the Imo Broadcasting Corporation (IBC).

The statement advised all those affected to hand over all government property in their care to the permanent secretaries in their ministries.

The governor also wished them well in their future endeavours.