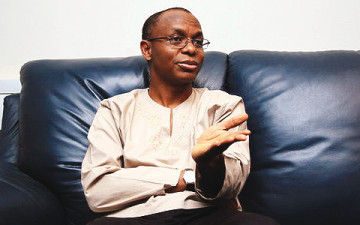 The Kaduna State Governor Mallam Nasir el-Rufai, has partnered with a waste management company, ZL Global Alliance to launch a “waste to cash” programme in an effort to rid the state of waste materials and improve the living condition and well-being of the people.

The programme conform with the governor’s commitment to keeping the state clean, green and healthy; the managing director of ZL Global Alliance Nigeria, Mrs Abiola Bashorun, said at the official launch over the weekend.

Mrs Bashorun added that the initiative is meant to encourage the people to turn in their waste in exchange for cash, saying a payment of N1.00 per kilogramme of waste will be paid to the people. We, however, expect a minimum of 10 to 25kg per lot.

“The state government under the initiative wants to take its commitment to get job and wealth creation a notch higher. The state government has found that it has a large population of youths and women who are either unemployed or under-employed,” she explained.

The waste management expert further explained that the programme which is scheduled to kick- off on September 14, 2016, will begin with the two major cities of Kaduna and Zaria, then Kafanchan and other towns will join in no distant time.

She disclosed that ZL Global Alliance and the international partners were investing over $1billion into the ‘waste to wealth’ initiative across states in Nigeria.