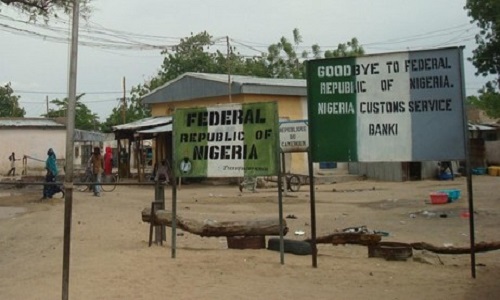 The Katsina State command of the Nigeria Immigration Service, NIS, has stopped 11 persons from leaving the country to Italy.

The NIS Comptroller in Katsina, Mohammed Rabiu Yaro, who paraded the intending emigrants, said they were intercepted as they tried to cross the country’s border at Komgolom town in the state.

According to Yaro, the emigrants, who are aged between 19-38 years, are from Edo, Delta and Kogi states.

He noted that human trafficking has become a very serious issue that led to collaboration with some European countries to address it.

“These victims were misled by the traffickers whose business is to ferry persons across the borders through illegal routes. We are prepared to deal with the syndicate group”, he said.

While assuring that Katsina will no longer be used as a transit route for such, the comptroller said the emigrants would be handed over to National Agency for the Prohibition of Traffic in Persons and Other related Matters (NAPTIP) for further investigation and prosecution.