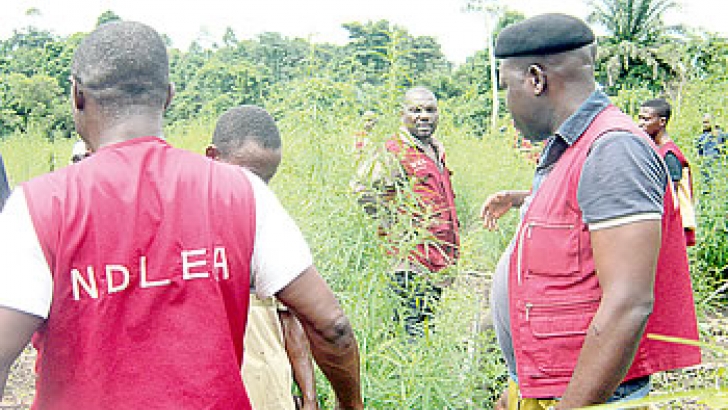 The National Drug Law Enforcement agency in Oyo State on Friday destroyed a massive 50 hectares of farm used in the growing and cultivation of cannabis.

Mr Olugbenga Mabo, the State Director Operations and General Enforcement of the NDLEA who led a special task force comprising of various security agencies to destroy the farm decried the rate at which the cannabis is growing in the country.

According to him, cannabis remains the most frequently abused and this makes it imperative to take the campaign to the roots and sources of cannabis, by discovering farm lands where they are being cultivated illegally

The NDLEA boss added that all levels of the society must be involve in the war against the abuse of the banned substance.