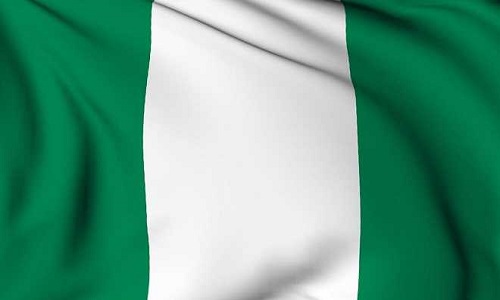 A mild drama played out in the Ebonyi State House of Assembly on Thursday when a caretaker committee chairman-designate, Mr. Henry Eze, failed to recite the National Anthem and Pledge, seven times.

The incident occurred during the screening of Eze and other nominees by members of the House.

The caretaker committee chairman-designate had appeared before the House for the screening when he was asked to recite National pledge, which he could not do.

He was also asked to recite the National Anthem which he also failed.

The chairmanship nominee for Ishielu Local Government Area was also asked by the Speaker of the Assembly, Mr Ogbonna Nwifuru, to repeat the National pledge and anthem which he failed.

The failure prompted Nwifuru to present a copy of the written anthem and pledge to enable him recite it properly.

Visibly enraged by the incident, the Speaker asked Eze to go back and study the National Anthem and pledge, describing the failure as an embarrassment.

“How can a council chairman not recite National Anthem and National pledge?

“This house is surprised that as a council chairman, you cannot recite the anthem and pledge when you should be the one to teach your subordinates.

“So, go back and study them”, Nwifuru said.

Eze, however, was screened and confirmed by the house despite his inability to recite the National Anthem and pledge.

Meanwhile, the house screened and confirmed 11 chairmanship nominees in the state.

Their screening and confirmation followed the expiration of their tenure in office and their reappointment by Gov. Dave Umahi.

Twelve out of the 13 chairmen were reappointed, while Mr Joseph Orogwu, of Ikwo Local Government was dropped. (NAN)