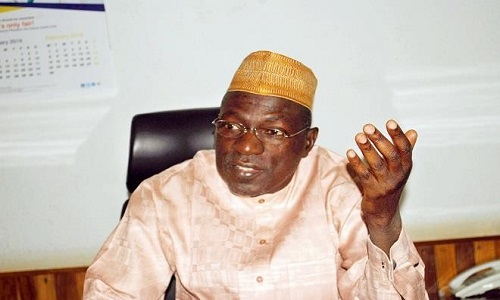 The Senator Ahmed Makarfi faction of the Peoples Democratic Party (PDP) in Ondo State, has called on former Commissioner for Environment in the state, Chief Sola Ebiseni, to stop what it said was his “misguided” utterances against the party.

Ebiseni was reported as faulting the factional primary held in Ibadan, Oyo State and the one held in Akure, Ondo State.

Ebiseni participated in the Ali Modu Sheriff faction’s primary in Ibadan, where he was defeated by businessman, Jimoh Ibrahim.

The Publicity Secretary of the Makarfi faction of the PDP in Ondo State, Banji Okunomo, noted that it was wrong for Ebiseni to have described the party’s primary as “illegal and undemocratic”.

Okunomo argued that the mainstream of the PDP in Ondo State held its primary on August 22 in Akure, which produced Eyitayo Jegede (SAN) as its standard bearer.

He noted that the primary was democratic and followed all the legal procedures as stipulated in the party’s constitution.

He further noted that an attestation to the legality and constitutionality of the PDP primary held in Akure was the manner in which the other aspirant with which Jegede contested, Saka Lawal, accepted the result of the election and congratulated the winner.

Okunomo, therefore, cautioned Ebiseni against over-ambition, which, he claimed, is making the former commissioner to “approbate and reprobate” at the same time.

He noted that Ebiseni’s position is a confirmation of the initial stand of the party that the Sheriff faction and its dealings were illegal.

Okunomo maintained that Ebiseni’s action portrayed him as a desperate person, who is driven only by his personal gains.

He said if Ebiseni had emerged as the product of the primary that was organised in Ibadan, he would not have come out to describe the process as illegal.

“When Ebiseni was serving as a commissioner for two consecutive terms under the present administration and when he served as the governor’s nominee at the 2014 National Conference, nothing was wrong with Governor Segun Mimiko. But the war started when he failed to secure the governor’s endorsement.

“Now, Ebiseni has the courage to describe the governor as an autocrat when all he ever wanted was the governor to pick him as the anointed candidate of the party”, Okunomo said.