Home News Feed Man dies in Lagos after being hit by a bus while chasing...
Facebook
Twitter
WhatsApp 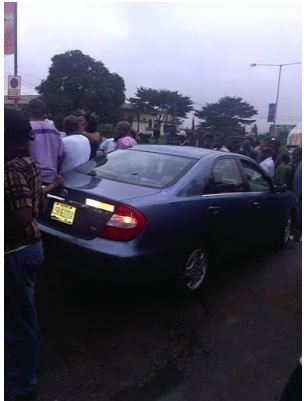 According to online user Ola Taiwo, who narrated the sad incident on September 1, the victim was chasing a commercial bus popularly known as Danfo that bashed his car when he was hit and killed by another oncoming Danfo.

“This man died this morning at onigbongbo bus stop Maryland, a danfo brush his car, and this man left his car, remove his shoes and ran after the danfo, he try to hold the bus but the conductor push him away and another danfo coming hit him and that was the end. Look at the man lying down and his car beside him, he left everything, pls lean how to let go, cos “bintin laye” he’s an MD in one of the nearby office” 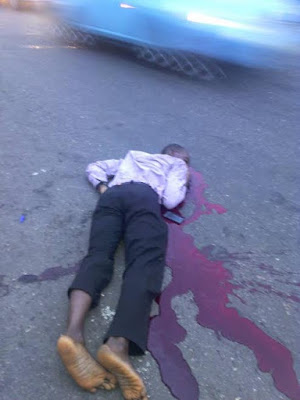