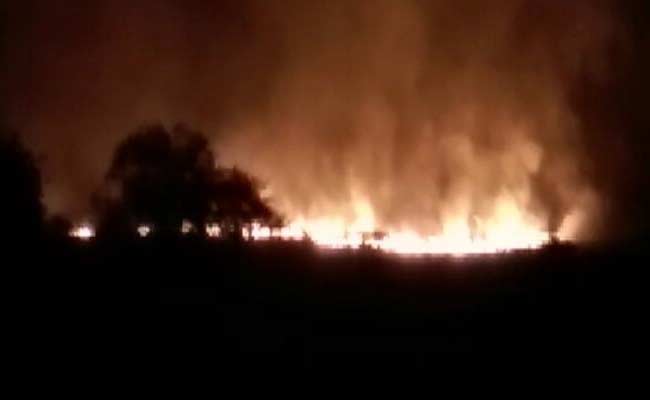 A 42-year-old mother, Mrs Blessing Arigi-Osakwe, lost her life on Sunday to injuries sustained while attempting to save her two children from an inferno in Sokoto.

The News Agency of Nigeria (NAN) reports that the two children also lost their lives after the bid to save them by their courageous mother failed.

While the two children were recovered dead from the incident which happened at the early hours of Saturday at their house along Trade Fair, Old Airport area of Sokoto, their mother later died on Sunday.

The fire was said to have been caused by an electrical fault that emanated within the apartment while powering their generating set.

According to an anonymous source, the deceased mother, alongside her husband and two older children, had initially escaped from the fire unhurt.

She was, however, said to have later made a brave and desperate attempt to save the younger children who were still trapped inside the burning house.

The two children were identified as her nine year old son and nephew.

According to eyewitnesses, the burning roof suddenly collapsed on the deceased woman as she attempted taking the children to a safer place.

The remains of the three deceased persons had since been deposited at the morgue of the Usman Danfodiyo University Teaching Hospital, Sokoto, while the two other children were receiving treatment

When contacted, the Director-General of the State Fire Service, Alhaji Ibrahim Dingyadi, told NAN that the incident was not reported to the department.

”Our personnel only attended to a fire incident along Offa road, Sokoto on Friday and there was no casualty,” he said.

Similarly, Mr Elmustapha Sani, the police spokesman in the state, told NAN that the incident was not reported to the police.

However, the spokesman of the Teaching Hospital, Mr Tijjani Saddique, confirmed the story.

He said, “the two children were brought into the Trauma Centre of the hospital on Saturday dead.’’

“However, their mother died at the hospital on Sunday,” he said.