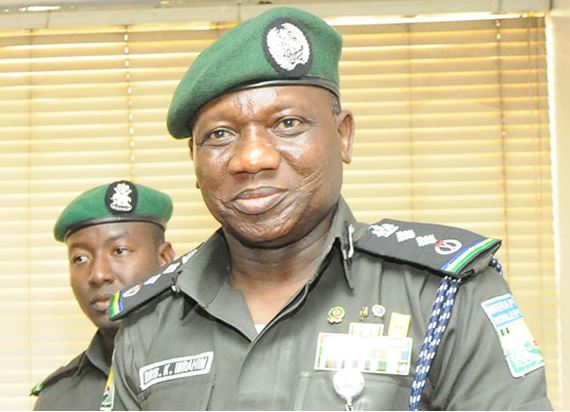 The Ebonyi Police Command has arrested seven persons in connection with the murder of a 25-year- old man, Ndubisi Nwali.

The News Agency of Nigeria reported that the victim hailed from Effium, Ohaukwu Local Government Area of the state.

The development has heightened tension between Effium and Ezz-Effium communities of the council, where the assailants are suspected to have come from.

Ochika alleged that the victim was shot by unidentified gunmen after he saw the victim off.

“The cousin said that when he arrived at the shooting scene, he saw six boys running and the victim, while he was still writhing in pains, mentioned the names of those who shot him.

“The victim was quickly rushed to the Sudan Missionary Hospital, Effium, where he later died. We have arrested seven suspects in connection with the murder.

“The state Commissioner of Police visited the area, interacted with stakeholders and deployed several officers to the area.

“The fear of reprisal attacks has forced the people to abandon their homes,” he said.

The PPRO said that preliminary investigations showed that the problem was caused by a committee set up by the council’s Caretaker Committee Chairman, Clement Odaa, to safeguard forest reserves in the area.

“We learnt that the chairman gave arms to the committee members, which is illegal, as he has no powers to allocate arms to people.”

“We have invited him for questioning and if he fails to honour the invitation within the period given to him, the law would take its full course,” he said.

The PPRO said that the commissioner of police had ordered the chairman to ‘fish out’ leaders and members of the committee as efforts would be made to bring all those indicted to book.

“We can confirm that there are no reprisal attacks or incidences of missing persons in both communities as the areas are calm with heavy security presence,” he said.

One of the community leaders, however, claimed that four persons had been declared missing since the incident occurred as they were abducted on their way from morning church service.