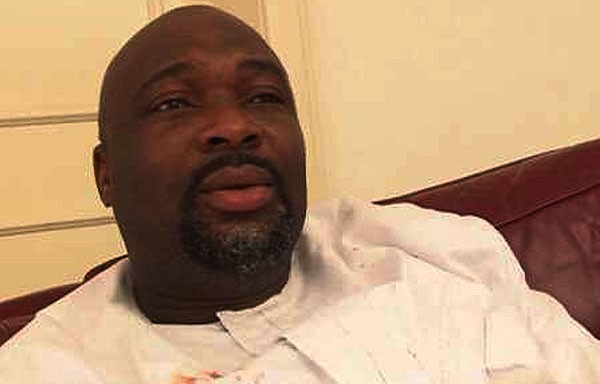 Dr Chidi Lloyd, a former Rivers House of Assembly member, has called on security agencies to protect his life and that of his family members that were allegedly in danger. The Rivers Police Command have confirmed arsonists attack on the village home of the former House of Assembly Leader in Akpabu, Emohua Local Government Area. Lloyd told reporters  in Port Harcourt on Sunday that his family was in the peril because of his political beliefs and association. He said that the unprovoked attack on his residence had consumed his personal belongings such as library and other valuables.

“I have tried to imagine what might have been the cause of this unwarranted attack but cannot readily think of any. “The only thing is, since the 2013 crises that engulfed the Rivers House of Assembly in which I participated, I have been living in great awe,’’ the ex-lawmaker said. Lloyd said that he was arrested, detained and charged to court for attempted murder but the trial was discontinued by the then Attorney-General of Rivers, Mr Worgu Boms. “When the former attorney-general in the exercise of his constitutional powers took over the prosecution, he discontinued the trial because the police authorities then made it impracticable for trial to continue.

“This was because the complainant approached the Port Harcourt Division of the Federal High Court, seeking for an order to stop the police from releasing the case file,’’ he alleged. According to Lloyd, the current Rivers Attorney-General, Mr Chinwenwo Aguma, in May 2016, filed criminal information in the Rivers High Court, before Justice Adama Iyayi-Lamikaran, seeking to review the “nolle prosequi’’ entered by his predecessor. “The trial is currently going on with an interlocutory order to the police to produce me to take plea even when no process was served on me.

“In spite of the pendency of the matter at the Court of Appeal, Justice Iyayi-Lamikaran, has refused to stay proceedings in the matter,’’ he alleged. Lloyd also alleged that on Sept. 21, at about 10 a.m., Aguma was boasting in open court that they would produce me without the police. “Since the police, a non-party in the matter had refused to produce me, they, the prosecution will ensure my appearance in court to take plea their own way. “Just six hours later, my house was razed.

I have painstakingly drawn this analogy so it will be clear to the world who my tormentors are,’’ he said. Lloyd said that in spite the efforts to frustrate him from excercising his constitutional right, he had appealed the order for police to produce him in court and also written a petition to the Chief Justice of the Federation.