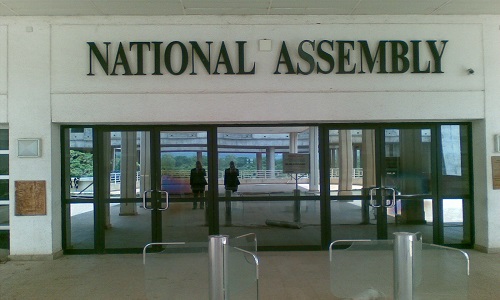 The latest audit report of government bodies (2009-2014) has revealed that the National Assembly management failed to account for a total expenditure of over N9.4 billion in 2014.

The money included N9.39 billion for which no “documentary evidence” was provided and a N47 million to be returned to government coffers out of which only N360,000 was returned; bring the unaccounted sum to N9,440,844,572 (nine billion, four hundred and forty million, eight hundred and four thousand, five hundred and seventy two Naira).

The audit report, which was submitted to the Clerk to the National Assembly in March 2016 as statutorily provided, was only recently publicly disclosed by the Office of the Auditor General of the Federation on its website.

The report indicted several government bodies of illegal and profligate spending, and failing to remit over N3 trillion into government’s treasury.

Other key bodies indicted in the report aside the National Assembly include the Nigerian National Petroleum Corporation, Ministry of Interior, the Presidency, Central Bank of Nigeria and some foreign missions.

According to the report, between January and December, 2014 under the leadership of David Mark as Senate President and Salisu Maikasuwa as the Clerk, the Management Department of the National Assembly Commission transferred N9,392,995,515.00 (Nine billion, three hundred and ninety-two million, nine hundred and ninety-five thousand, five hundred and fifteen naira) from the general services account to other accounts in different banks.

The report, however, said “no expenditure returns or documentary evidence were rendered to account for how these sums were expended”.

In another instance that raises questions of accountability, the report disclosed that the National Assembly management remitted only N360,000, out of a N47 million balance of total personnel vote release and actual expenditure for 2014.

“However, only an amount of N360,115.08 (Three hundred and sixty thousand, one hundred and fifteen naira, eight kobo) was paid back to treasury at the end of the year”, it said.

In May – after the audit report had been submitted to the National Assembly, the Senate Committee on Public Accounts chaired by Senator Andy Uba (PDP/Anambra) held a public hearing during which a number of government bodies picked holes with findings of the audit report, particularly the disclosure that they didn’t submit their internal audit reports between 2009 and 2014.

Some of the bodies that challenged aspects of the report were CBN, the Ministry of Petroleum Resources, Nigerian Ports Authority (NPA), Tertiary Education Trust Fund (TETFUND) and Nigeria Pension Commission.

The National Assembly, however, has maintained a cursory silence on the findings of the audit report as it related to it.