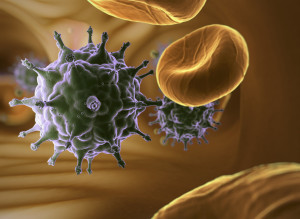 A non-government organization, the Management Sciences for Health (MSH), said it has set aside $10 million to support Federal Government in the fight against HIV/AIDS, Tuberculosis and Malaria.

The Country Representative of the organisation, Dr Zipporah Kpamor, made this known in an interview with the News Agency of Nigeria (NAN) in Abuja on Wednesday.

She said that the NGO, which is a donor-funded organisation, collaborate with government to implement projects that are aimed at enhancing good health outcomes.

According to her, MSH is applying the practices of capacity building, evidence-based medicine, innovation and advocacy to strengthen health systems and respond to the threat of non-communicable diseases.

Kpamor added that “we implement the Prevention Organisational Systems AIDS Care and Treatment (ProACT) Project that is funded by USAID.

“For the past seven years, the project supported states in the North West and North Central to combat HIV/AIDS and Tuberculosis.

“ProACT has placed 60,480 people living with HIV on Anti-Retroviral treatment and has worked closely with state governments to make resources available for the fight against HIV.”

The country representative added that the organisation was working with communities to promote insurance through its Leadership, Management and Governance Project (LMG project).

She explained that under the project, the NGO was supporting communities to mobilise resources from within to access quality healthcare services, including services that help in ending HIV spread by 2030.

Kpamor said that with funding from the U.S. Agency for International Development (USAID), MSH partnered with government to develop strategies that strengthened maternal, child health and reproductive health outcomes.

“We also aligned with the National Strategic Health Development Plans in building workforces of community-based health providers aimed at improving quality healthcare programmes in the project states,’’ she said.

She appealed to the National Primary Healthcare Development Agency (NPHCDA) and the National Agency for the Control of AIDS (NACA) to pursue strategies that would yield rapid results.

She also appealed to the agencies toward achieving the UN Sustainable Development Goals.

She emphasised that Management Sciences for Health has a mission to save the lives of the world’s poorest and most vulnerable.

To achieve this mission, she said, the organisation had since 1971 partnered with policymakers, health professionals and communities in over 150 countries to improve the quality, availability and affordability of health services.