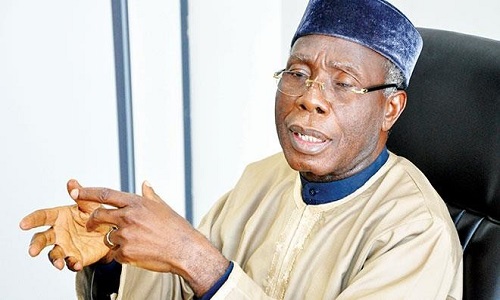 The Federal Government yesterday lamented Nigeria’s over dependence on imports for its daily needs, including food items.

The Minister of Agriculture and Rural Development, Chief Audu Ogbeh, said it was ridiculous that the country spends over $18m annually on importation of tooth picks.

Asked how he arrived at the figure, the minister said it was from a recent Central Bank of Nigeria (CBN) report.

Mr. Ogbeh stressed that it was pathetic that Nigeria was spending its hard-earned resources on non-essential items.

He also reeled out some mind-boggling statistics on the nation’s food imports situation.

Ogbeh said: “We depended on Thailand, India and Vietnam to feed us with rice, we depend on other countries to feed us with tomato paste; we depend on others even for tooth picks at the cost of 18 million dollars per annum. We depend on Brazil for sugar; and we also depend even now on other countries for pepper and so on. We import 5million eggs per a day from South Africa. We bring sliced potatoes from South Africa. We spend $600 hundred million in importing fish a year. There’s no reason why we can’t grow our fish here.

“We bring in milk and milk products to the tune of $1 billion dollars per annum because our cows don’t yield enough milk. One litre per a day and the meat you eat is as good as plastic because the cows walk too much. To walk from Maidugiri to Lagos is a bit of excessive exercise and when we spoke of special grasses to feed the cows, we got all the abuse in the world on the internet because those who don’t know about the subjects got involved”.

While he said the Buhari government was making conscious efforts to reverse the trend, the minister regretted that the country lacked enough machinery for food processing”.

“We don’t have enough rice mills even now that rice paddy is increasing in large volumes. We are behind schedule in our capacity to mill our rice. We don’t have enough mills to produce enough cassava starch for the upcoming textile industry”, he lamented.